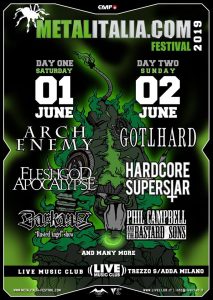 We are thrilled to announce that Frank Klepacki & The Tiberian Sons just joined CODEX Agency, who will be exclusively responsible for their European bookings.

Frank Klepacki is a world-renowned musician, composer and videogame scorer. Best known for his ‘Command & Conquer‘ series soundtracks, his song “Hell March” is regarded as one of the best videogame themes of all time. Forming a new group with video game soundtrack remix masterminds entitled Frank Klepacki & The Tiberian Sons, they recently played MAGFest in the United States with critical acclaim. Now they’re working on plans to come over to Europe for festivals and events from 2019, relying on CODEX Agency’s know-how and vast network.

We are happy to announce that Darkane has been confirmed for Dokk’em Open Air, June 28-29, 2019, Dokkum, The Netherlands. 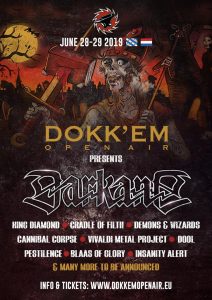